If someone told you to no longer use the word “burrito” to describe beans, rice, lettuce and cheese wrapped up in a tortilla, what would you do? It is commonly thought that the word “burrito” comes from the fact that, like a little donkey that can carry many items on its back, a burrito carries lots of different ingredients all together.

This is a simplified example, but as a Spanish to English translator I am faced with these conundrums on a regular basis. We as a global species are exchanging more goods and services across our self-imposed borders than ever before. Language reflects those who speak it, so naturally you’re going to hear someone in Spain use the word “Bluetooth” when setting up a stereo system. You’ll hear someone here in the U.S. say he’s buying a “piñata” for a party. Let’s not even try to come up with another word for “dim sum!”

This is all to say that we as translators walk a fine line between being true to our target language (the language we’re translating into) and retaining the soul of the original text. I enjoy finding out about how other translators navigate this cultural and linguistic space. 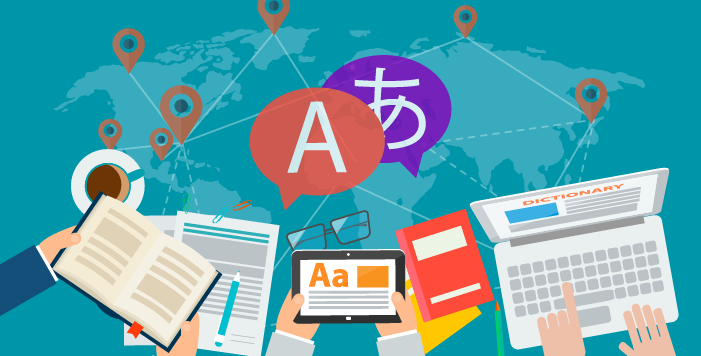 A lot of folks have very strong opinions about this topic, especially people in Spanish-speaking countries who see those using Anglicisms as a way to seem “cool”. Being from California where many of our everyday words are from Spanish, I’m all for using borrowed words in my speech. In general I agree with this article from the New York Times opinion columns. That being said, more formal document translation is a different beast: if there is a succinct and obvious word in English that will describe a Spanish word, I will use it.

Here are some examples of Spanish words that I would borrow while speaking, but would change to a specific English word when translating a document:

Bodega: I would say “bodega” to refer to a convenience store on the East Coast, and would translate it as “cellar” for most other purposes.

Embarcadero: I would use this if it was a specific name, and otherwise would translate it as “boat dock.”

Federales: Country music fans will agree that we and Willie Nelson will always use this Spanish word for the most part, but in writing I may translate it as “federal police.”

Incomunicado: I would translate this to “unable to be reached,” “out of touch” or perhaps even “M.I.A.”

Pronto: I would say “pronto” in a conversation, and would translate it as “quickly.”

Reconquista: I would translate this as “reconquest.”

What are some common words you use that come from a different language? If you’re a translator, do you have a hard stance on this topic?

For an fun list of Spanish words borrowed by English speakers, check out this site, and for an infographic of common Anglicisms and their real Spanish equivalents, see this site. The Cervantes Institute recently published this dictionary of Anglicisms among Spanish speakers in the U.S. and the dictionary portion begins on page 37 of the document.