To celebrate Women’s History Month I thought it would be fun to share a short list of popular Latin American women writers, both classic and contemporary. This is the first of a two-part article, with part two focusing on female artists.

Gabriela Mistral, born 1889. Chilean poet who also taught elementary school for many years and later taught at U.S. universities. Her collection of poems entitled Sonetos de la muerte earned her a loyal following from outside her home country. 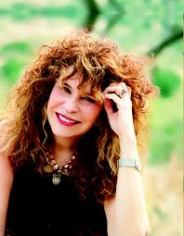 Gioconda Belli, born 1949. Nicaraguan poet who was born a “society woman” and then became a member of the Sandinistas. The Inhabited Woman is worth a read.

Samanta Schweblin, born 1978 in Buenos Aires and currently living in Berlin. Her book Fever Dream was shortlisted for the 2017 Man Booker International Prize.

Valeria Luiselli, born 1983, is a Mexican author. She currently lives in New York. Her collection of essays, Sidewalks, was published in 2014 and is on my must-read list.
Okay, stay tuned for women artists later on this month!
Images courtesy of Newsday, The LA Times, Univ. of Maryland, Festival Internacional de Poesía de Granada and The Diplomat in Spain.